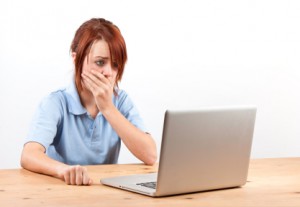 I’ve been keeping tabs on the continuing drama between Gina Grahame vs. Calpernia Addams and Andrea James and it’s getting pretty ugly. The argument seems to have blown up after an email that Grahame sent TYFA Concerning James’ work on “Likin Big Dicks“. James is a board member of TYFA and Grahame was concerned that the video wasn’t appropriate for a board member to be affiliated with. What happened  after the email was a lot of “she said, she said” posturing that a lot of internet fights devolve into.

Both sides have piles of “proof” of what has happened after the TYFA email. My natural reaction to the whole thing was to want to side with Addams and James since I know their work in the community and appreciate their past efforts. They are community icons. But a look at both Grahame’s page here and Addams’ page here, left me disturbed. It appears that they are cyber-bullying Grahame. The evidence?

“‘Gina Grahame’ is the stage name used by out transsexual actress/writer, spokesmodel and public figure Gina *****. On May 31st, 2011, Gina herself posted a link in the comments of this very blog to her own public Jun 17, 2009, YouTube video of herself discussing her transition, entitled “Miss Understood by Gina Grahame, a transsexual history…“. Here, in her own words: “so that your readers can see for themselves who I am – allow me”. Gina is a public figure who often discusses her transsexualism in video, stage and print, and in this public YouTube video uploaded by Gina to her own public YouTube channel, in regards to her transsexual history she states that “the CEO of my company knows” (6m17s) and reverses an earlier “I guess” (5m54s) statement about whether anyone knows that she is trans by saying ”scratch that ‘nobody knows‘.” (6m40s). See the preceding links to hear about Gina’s transition in her own words, and as reflected in interviews and public appearances she has given to discuss it. In video, stage, print and online, by her own hand and voice, Gina has been out for years. As a side note, I would never disrespect another transsexual woman’s gender by discussing or addressing pre-transition names.”

(I’ve intentionally left out the links included in the above quote and will not publish Grahame’s legal name on this blog).

There are plenty of trans people who have “stage names” on the internet and there’s a reason for that. People want to work. Reality is that if a trans person wants to find a job outside of the one they have, the contents of a Google search of their name will have an effect on their employability. Most of us don’t live and work in the safety of a gay bubble. Many of us don’t live in liberal cities that have work place protections. We have to work to survive, and that survival is based a lot on our ability to be Google-anonymous. Addams
and James should respect the privacy of others, considering that fact.

If I dig hard enough I could find out Addam’s cell phone number and home address. In the age of the internet you can pretty much find any information you want, if you’re willing to pay for it. If I published those details about their lives, the information would be quite a bit easier to Google. If I posted their home address and cell phone numbers in response to an ongoing internet battle, would that be considered harassment? I think any reasonable person would think so. Addams is correct that you can find what you’re looking for if you dig
far enough. But the truth of the matter is that it’s not easily found unless you know where to look.

Regardless of what Addams’ and James think of Grahame’s opinions, continuing to post her legal name after she’s asked them not to seems a whole hell of a lot like cyber-bullying. Publishing her legal name doesn’t add anything to their argument. Addams has made it clear that she’d never use someone’s previous name, but this action does effectively the same thing. It strips Grahame of her ability to control her own identity.