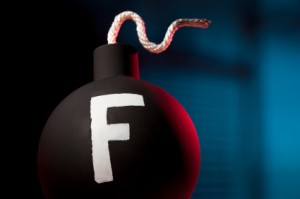 Even though RuPaul Andre Charles is a drag performer who lives his off-stage life as a man, he seems to think he can speak for the transgender community. In an interview with Michelangelo Signorile, Rupaul said of Lance Bass (apologizing for using the word tranny):
“It’s ridiculous! It’s ridiculous! I love the word “tranny” And I hate the fact that he’s apologized. I wish he would have said, ‘F-you, you tranny jerk!'”

As Monica Roberts of Transgriot (and a contributor here)  said in 2009:

“The gay media has a bad habit of referring to RuPaul as a transgender person when he’s not. The fact that he’s (allegedly) Black on the outside and has a penchant for dressing up in feminine attire doesn’t make him transgender. He’s also not highly regarded by many people in the SGL and transgender community for his unwavering support of a certain obese white gay man who does a blackface minstrel show.”

“So please stop calling on him as an ‘expert’ on what the Black transgender community or our community in general is thinking because there are others who are far more qualified to do so than this serial apologist for Chuck Knipp.”

Should white people be the arbiters  appropriateness in using the “n” word in reference to him?  Should we poll a straight men to see if it’s acceptable to call him faggot?  No. RuPaul is a gay man that shouldn’t have any say on who uses the “T” word.

“Do U think RuPaul has a point or should he be the next celeb apologizing for casually using the offensive word?”

I don’t think RuPaul will ever apologize, but he should. And if he doesn’t, he should be called what he is… an insensitive bigot. Kelly Osbourne didn’t know any better. Neil Patrick Harris was careless. RuPaul’s statement is just arrogant, blatant bigotry.

“A bigot is a person obstinately or intolerantly devoted to his or her own opinions and prejudices, especially one exhibiting intolerance, and animosity toward those of differing beliefs”  – Wikipedia

You just can’t make this up.  According to Mr Charles, when it comes to gay men, don’t you dare say faggot. But apparently trans people are “bitches” that “need to get stronger.” Remind me again why this proudly transphobic/misogynistic person is held up as anything other than that in the LGBT community?