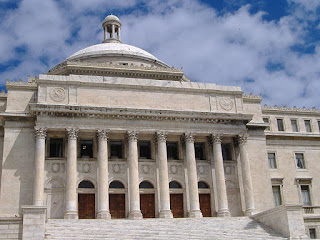 It’s past time it happened, but it took the November 6 election for this welcome news to become a reality.

The Puerto Rican legislature is proposing a trans inclusive anti discrimination bill.    It would make it a crime to discriminate against someone based on their gender identity or sexual orientation.

The proposed bill was submitted by Senator Ramon Luis Nieves and seeks to protect people in Puerto Rico from being discriminated at work, in public places, and during transactions including renting or selling property.

The bill has long been sought by human rights activists and organizations in the territory who have long complained about the transphobic and homophobic attitudes that deleteriously affect TBLG Puerto Ricans.

Despite most government departments having their own anti-discriminatory policies, local human rights advocates say they are far too often not enforced.  The spike in anti-BTLG violence on the island also has activists demanding that the human rights of the Puerto Rican LBGT community be protected.

The bill will be debated in the upcoming weeks and is expected to pass.   We’ll see once it starts going through the legislative process.