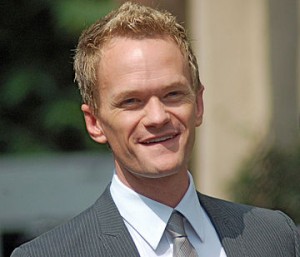 Nope. But ya do sound just like lots of other trans misogynist gay guys that don’t give two shits about the lives of trans women (Dan Savage and Don Lemon come to mind immediately).

Great job, NPH. Thanks for using a slur and perpetuating the predatory trans woman meme by rounding off a Buffalo Bill impersonation with “I’ve never sounded more like a tranny in my life.” The idea that it’s acceptable to call trans people “tranny”, as well as the idea that trans women are predators are real issues that impede progress on gender identity-inclusive non-discrimination laws.

Kelly Osbourne could realistically use the excuse that she didn’t know better. But Harris is a gay man in Hollywood. He’s been nominated for a GLAAD media award. He should know better.

Harris currently plays a Barney Stinson on the television series “How I Met Your Mother”. Harris described his character as working in the world of the “dark arts”.  Apparently playing the character  isn’t much of a stretch for Harris. For someone living the life, there’s nothing more dark than transphobia.