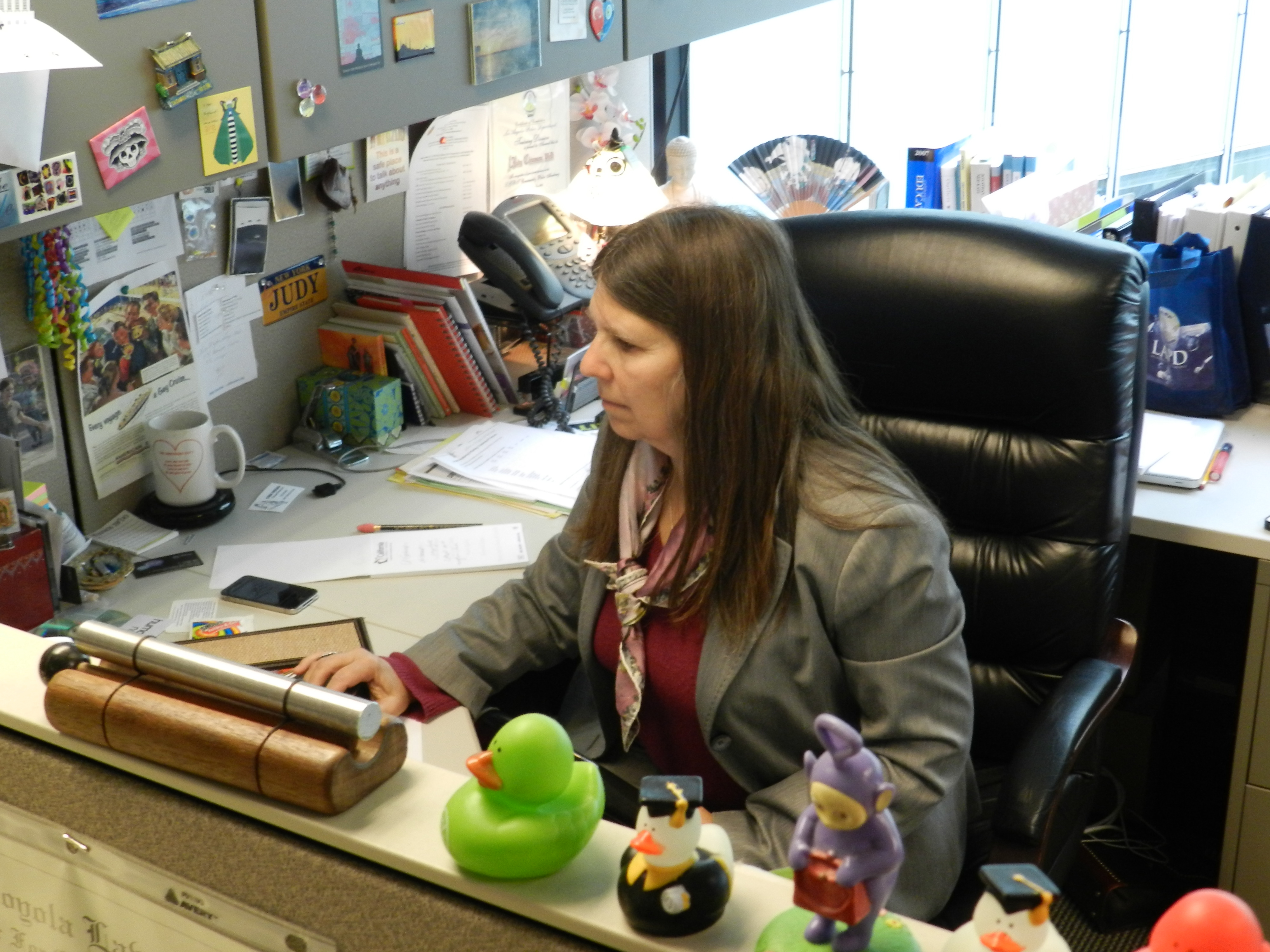 On Monday, January 13, I interviewed Judy Chiasson of the Los Angeles Unified School District (LAUSD) for a bit under an hour, and this post is the second segment posted of this interview. You may remember that Chiasson was the LAUSD representative who gave testimony before the California Senate Education Committee in June of 2013. This segment of the interview for the most part was about AB1266 and what the Los Angeles Unified School District policy regarding transgender students. 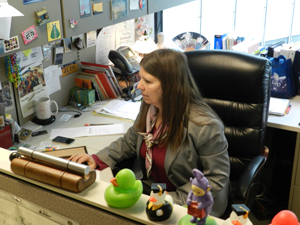 Autumn Sandeen: Let me throw out a hypothetical based on something I read in the Antelope Valley Press about their high schools and middle schools. They are lamenting that Antelope Valley schools are spending about twenty-five thousand dollars for privacy curtains for their locker rooms. So in the school district’s implementation they want to make sure there’s privacy available, and the newspaper is blaming AB1266 for this expenditure.

Judy Chiasson: There’s a lot of students who want privacy.

AS: So would this be in some way that L.A. Unified would accommodate a student or is this something that’s not common?

JC: We do accommodate students already. We do have, for a multitude of reasons, students who are uncomfortable with their bodies and want privacy.

AS: I can imagine that’s all the way across the board. I wasn’t comfortable with my own body in Junior High. . .

AS: . . .because I was small, and even if I were comfortable — even if I identified fully as a male I didn’t have a very male body until I was about fifteen.

AS: And even then I was not comfortable.

JC: Absolutely. Either by weight or medical condition. We have a lot of students who for any reason — we don’t even ask — if the student says they’re just not comfortable in the common area for any reason whatsoever we do give them access to a private facility.

So, I’ve heard parents say that they want to be sure that their child is never in a facility with a transgender student, and we say “Fine. You just go to the nurse’s office and you can go and wait in line. You can use that facility or we have private facilities available.”

Particularly during adolescence a lot of children are uncomfortable. Some of our — I think the children don’t shower like that. There’s not a lot of nudity in the locker rooms.

AS: I have one person in San Diego Unified describe her swim team as showering in their swimsuits. That’s how. . .

JC: Back in the day — you and I are the same age — when I was back in school everybody took a shower in a common area — you kind of had to. But, they don’t do that anymore. Children are not forced to take showers.

AS: So, forty, fifty year old and older folk have this idea of what locker rooms in middle schools and high schools that are no longer accurate portrayals of —

AS: Well, can you give me an idea of — This is actually a question that would be important. If my experience and your experience at L.A. Unified in locker rooms is not accurate, what is a more accurate two-thousand-teens —

JC: Sure. They tend to be a lot more private, a lot more modest like that. They – – well, someone described it lie “surfer style.” When you change you keep a towel on and change underneath your towel — that’s what most of the students seem to do.

Some of our facilities do have privacy screens. So, it might be a cloth screen like a shower curtain type of thing so they can change a little bit more privately. . .kind of like a Lehmann’s. You know, in Lehmann’s you have the big dressing room — the common area — and then there are some private ones so that if people don’t feel comfortable. . .

AS: So in other words, a lot of these places have curtains so you can close yourself off behind a curtain.

JC: Exactly. And with our transgender children I find –are particularly discreet and modest about their bodies. The last thing, generally speaking, they want to do is have anybody see a part of them that they are just so — that they don’t want public. They don’t want to be known as “the transgender student.” They just want to be known as another boy or another girl. And, they’re not showing anything that will make them stand out and feel different.

AS: Putting that together then that no one’s pretended [to be transgender], we have policies in place if they pretend, which have never —

JC: Which would be misconduct. Absolutely.

AS: And then we have the locker rooms are not what we remember them to be like from our time in schools in the sense that people dress [in a more modest way] in the first place. But even if not, there are ways that school districts have put together that — or schools individually — are more private, and that transgender students are pretty much like other students in the fact that they’re not necessarily comfortable with their bodies and showing them, and transgender students even more than other people who are already modest about their bodies and uncomfortable showing them.

AS: So in other words, if we have privacy curtains installed in a female locker room it probably would be just transgender students who would be using them. . .Am I assuming correctly?

JC: You are assuming correctly.

AS: I’m assuming it’s kind of like single stall handicap facilities — rooms — where it’s turned out it’s good for family use because you have fathers and young daughters and mothers with young sons now have a facility where they’re not mixing genders where people are uncomfortable with that happening.

JC: Well. . .And, if I have the choice between a private facility and a communal one, I’m always going to pick the private one. You know I’m sitting there with a little wall with someone sitting next to me — I’m a little private like that.

I think that’s something that just most people — many people — do.

AS: I know I do. I choose a private if there’s three choices —

AS: If there’s three choices I choose choice three. I can see where that could be a problem in a school.

JC: Well we do have some that are single stall — secured like that. And usually they’re wheel chair accessible ones. And, sometimes it’ll be a staff lounge that’s been converted. It’ll be a single stall — It depends on the facility.

We’ve been around for many, many, many years — many decades — so it depends on what the facility has.

AS: But most, if not all, female — if you were a female student using a student bathroom in school that was a multi-stall facility, they all are going to have doors on the stalls, correct?

JC: The boys and the girls bathrooms all have doors in front of the toilets. All of them do.

JC: All of them do. Boys and girls.

AS: Because that wasn’t the case when I was growing up.

AS: Because the boys were not necessarily —

JC: Every toilet is in a private stall with a door — a locking door. Some of the urinals — depends on the facility — some of them have a privacy screen next to them.

AS: Yes, the little dividers. I’m sure some of the older Schools have troughs regarding urinals. But then you don’t have to choose to use those.

JC: Right. You can go — a hundred percent — all of the rooms, all of the toilets, boys and girls, have a locking door.