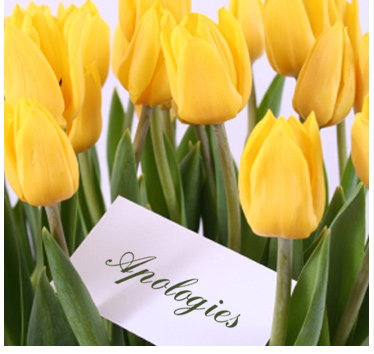 You know what I’m upset about right now? The fact I even have to write this post in the first place..

As some of you know earlier Sunday morning I was in a chat with a longtime freind of mine that discussed the odious UN paper that seeks to bar trans rights coverage to transwomen. That friend had a negative interaction a few years ago with one of the authors of that paper that she never apologized for that spurred that person to express some problematic language that I didn’t catch until it was brought to my attention.

I have a few things to say before I make an announcement.

The pen of injustice is wielded once again by first world white female authors who have submitted an unjust paper that should the UN Entity for Gender Equality and the Empowerment of Women accept their specious interpretations, will have deleterious effects on the advancement of civil rights of transwomen not only in the States but around the world. It also further angers me that the people who will suffer disproportionately should that occur will be non-white transwomen, who already bear 70% of the anti-trans violence committed against us on this planet we share.

What disturbed me was that this ginned up controversy erupted on the 16th anniversary of the day that Washington D.C. transwoman Tyra Hunter died from survivable injuries in a 1995 traffic accident due to medical transphobia. Instead of spending August 7 reflecting on that issue, focusing on ways to combat medical transphobia and discussing the unjust UN paper’s many flaws, discussion has veered away from those topics to engage in vitriol focused on me.

It has been brought to my attention by people that I love, respect and care about that the daylong controversy has reached the ear of a Maryland legislator. I was also reminded of the fact by those people that since I am one of the few people who holds one of the highest service awards the trans community can give to honor an individual, much more is required of me leadership wise than other people in this community. .

So at this time, I apologize to Cathy Brennan and to anyone who may have been offended by those remarks. While the remarks were not authored by me, still I should have caught it and admonished the person at the time it was said, and that’s my mistake.

As I close this, my question to Ms.Brennan is this.

When are you going to apologize for the mistakes you have made that have not only cost your fellow trans citizens of Maryland civil rights coverage that you have enjoyed since 2001, and some of them their lives, but have submitted an odious paper that could potentially deny to others the same civil rights coverage you and your co-author enjoy?

I await the answer to that question along with the trans communities of Maryland, the United States and the world.

The Oldest Trick In The Anti-Civil Rights Playbook

While I'm amused at times about the hysteria being whipped up about transpeople and the bathrooms we relieve ourselves in, it is never too far from my mind as a transperson of color that the same arguments people are uttering…
Read
Previous Post

WWTGSKWaHD? (What Would Tolstoy, Gandhi, Sakharov, King, Walesa, and Havel Do?)

I dread writing this post. Not because it is laborious, or texting on my personal resources, but because my sensibilities are afflicted by the subject matter. It is neither my desire nor intent to further inflame an already hot topic.…
Read
Random Post

Please Give Me Feedback

Those of you that have commented on this site before... do the threaded comments drive you crazy? I'm thinking about unthreading Transadvocate comments. Your thoughts? Please vote in the poll in the left sidebar.
Read
Random Post

By Cristan Williams @cristanwilliams In its landmark 2009 decision on responsible communication in the public interest, Canada’s highest court asserts this principle: “Freedom does not negate responsibility. It is vital that the media act responsibly in reporting facts on matters…
Read
Random Post

Why not just say a singaporean woman...or man? Hell, even "transsexual woman" would be better than "transsexual." I guess it's easier to see "transsexuals" as some kind of mutant rather than a person. To a person that isn't trans, it…
Read
Random Post

From the DNC website: "Democrats are unwavering in our support of equal opportunity for all Americans." Maybe during the next Presidential election cycle the party elite can find it in their heart to include transgenders in the party platform. Hopefully…
Read