On September 10, the Australian media giant, Nine Entertainment, aired a long-anticipated news report “about what can go wrong when doctors misdiagnose a child as transgender.” The story headlined their Australian version of the American CBS program, “60 Minutes,” describing a teen youth, Patrick Mitchell, who had socially and hormonally transitioned from male to female, and back to male again. The segment was promoted as a breaking scandal about “how experts can get it wrong” and bring “self-discovery marred by misdiagnosis” to youth suffering the distress of gender dysphoria. Producers suggested that affirming medical and mental health providers make “fast judgments” and fail to allow youth “time to figure it out.”  A dark, foreboding teaser video flashed an all-caps headline, “THEY CHANGED HIS BODY,” to suggest that care providers caused physical harm to Patrick with cross-sex hormonal treatments, having permanent, undesired consequences. 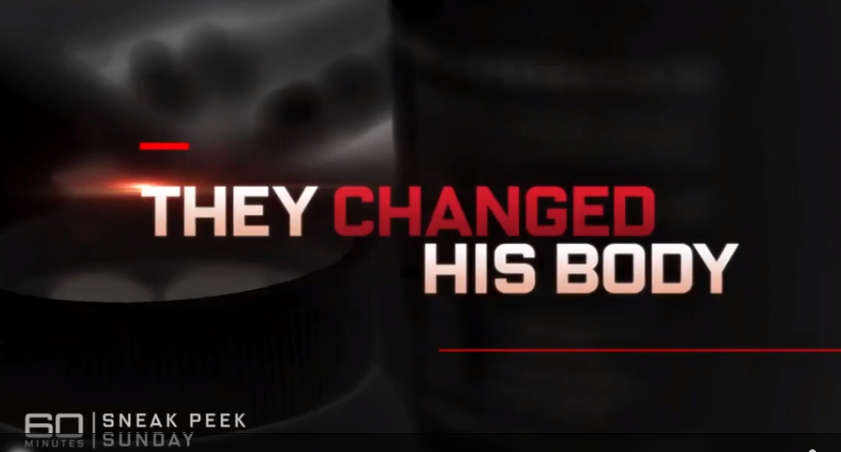 60 Minutes: “THEY CHANGED HIS BODY”

These sensational charges, however, were debunked within Nine Entertainment’s own news report and their announcements that hyped it. They acknowledged that Patrick was prescribed puberty blockers, not cross-sex hormones, by medical providers. Most important, they revealed that it was Patrick’s mother, Ali, not physicians or mental health clinicians, who ignored medical advice and gave her own prescription hormone pills to her child. It was the mother, not the supportive experts, who inflicted partly-irreversible changes to her own child’s body and denied Patrick the time needed to reach appropriate care decisions. Tragically, these changes were ultimately regretted.

Medically supervised blocker care would have given this youth time to mature, to give informed consent for cross-sex hormonal care at a later point, or to discontinue treatment and resume pubertal development of their birth-assigned sex without irreversible consequences. The 60 Minutes report neglected to mention internationally respected Standards of Care for trans individuals, published by the World Association for Transgender Health (WPATH). The current 7th Version of the standards clarifies that puberty suppressing medications give “adolescents more time to explore their gender nonconformity and other developmental issues,” for those facing trauma and possible disfigurement of incongruent natal puberty. Such treatment prevents “the development of sex characteristics that are difficult or impossible to reverse if adolescents continue on to pursue sex reassignment.”

The broadcast report omitted comments and interviews from experts in trans youth care and medical policy, even though 9News producers had previously contacted Dr. Sam Winter, an Associate Professor of Health Sciences at Curtin University in Perth and a member of the WPATH Board of Directors. Remarks by therapist Dr. Elizabeth Riley were also absent from the broadcast, though she appeared on a 9News web page.

Instead, the report offered only a single authority, Dr. John Whitehall, a Professor of Pediatrics at Western Sydney University. Whitehall is an outspoken opponent to social authenticity for trans children and blocker and medical transition care for gender dysphoric adolescents. His rhetoric closely resembles that of Toronto psychologist, Dr. Kenneth Zucker, whose practice of gender conversion psychotherapies on non-conforming and trans children at the Centre for Addiction and Mental Health (CAMH) was famously shut down in 2015. Whitehall refers to corrective transition surgical care as “surgical abuse” and has literally compared himself to Jesus Christ as a “martyr” to “intimidation” by activists. Most telling, Dr. Whitehall promotes himself as an expert on trans youth treatment issues, on the basis of his tenure in pediatric practice, yet he admits that “I have not seen [a case of childhood gender dysphoria]  in fifty years of medicine.”

In his 60 Minutes interview, Dr. Whitehall stereotyped trans youth as mentally ill, repeating that hormonal transition care is “experimental” and smearing those who disagreed with him as opposing “science”–

There is no proof that this is going to work. You think that their emotional problems are going to get better by giving them estrogen? … It’s not called scientific method.

The good news is that in all the major articles, these children will revert to the natal sex through puberty. What we should to, then, is have confidence in the statistics and not mess the child up along the way.

In fact, the Toronto and Dutch studies behind the “80% desistance” stereotype have been criticized for shortcomings in rigor and unsupported conclusions, including:

Moreover, even if we accept the “desistance” axiom at face value, Whitehall is mistaken to apply it in Patrick Mitchell’s case. It only applies to young, prepubertal children, not 14-year-old teens. Zucker and CAMH colleagues have stated—

we take a very different approach when we work with adolescents with GID than when we work with children with GID. This is because we believe that there is much less evidence that GID can remit in adolescents than in children…if the clinical consensus is that a particular adolescent is very much likely to persist down a pathway toward hormonal and sex-reassignment surgery, then out therapeutic approach is one that supports this pathway…

In science, those making the claim bear the burden of proof to defend that claim, and the “80% desistance” axiom has fallen far short of that standard.

Anti-trans extremist groups in the U.S. wasted no time capitalizing on the Australian 60 Minutes report. These included GenderTrender, a Raymondian, or Trans Exclusionary Radical Feminist (TERF), blog site and the Family Research Council, a hate group according to the Southern Poverty Law Center and a central influence on President Trump’s policy banning transgender servicemembers.

Parents of Gender Diverse Children, an Australian support organization for affirming parents and families of trans and gender diverse children, issued a calm response that defied the stereotypes proffered by Nine Entertainment–

Families are faced with many difficult and complex choices throughout this journey, and we encourage parents and their young people to seek support, advice and guidance from the appropriate paediatric and adolescent gender services in their state. There are clear and specific guidelines for treating trans and gender diverse young people with regard to puberty blockers and stage 2 hormones, and we encourage all families to work within those guidelines and laws.

Finally, the timing of the 60 Minutes broadcast is as troubling as its content. Nine Entertainment had delayed the broadcast from its initial date of September 3 to the following Sunday, the 10th. This delay coincided with an Australian High Court decision on September 5 to dismiss legal challenges to a  national referendum on Australian marriage equality. The national postal vote, which has energized anti-LGBTQ political extremism, is expected to proceed this week, just days after this inflammatory and misleading 60 Minutes broadcast. If Nine Entertainment had intended to influence the marriage equality vote, their timing could not have been more convenient.

This is not a story about “the experts … getting it wrong” in providing respectful, evidence-based care to gender dysphoric children and youth, in accordance with internationally recognized standards. Rather, this is a tragedy of a horrible, unethical parental mistake and political exploitation of its victim.

In categories:Fact Checking Kellie Winters
Tags:in the media
Next Post

Into the nexus of the 'gay alt-right feminist' movement I received notice that an opinion leader in the sex essentialist activist community had linked to one of my articles titled, You Might be a TERF if... The article lists explicit instances…
Read
Previous Post

You may have heard that a clothing-optional spa in Toronto turned away a trans woman and that has caused a stir. What you may not understand is why she was turned away. Articles explaining the situation often completely omit one…
Read
Random Post

The T Isn’t Silent, But HRC Is

It's coming up on two years ago that I wrote an "Open Letter to Cheryl Jacques." A month after I posted my open letter, Jacques greeted transgender protesters outside of Human Rights Campaign's (HRC) offices with the news that HRC…
Read
Random Post

"So, what was Stonewall?"

In the wake of the President Obama's historic speech referencing Stonewall, NPR ran a piece asking and purporting to answer the question, "So, what was Stonewall?" The article calls upon Martin Duberman, now 82, to retell the story of Stonewall. Martin Duberman published the first history of…
Read
Random Post

Charles revisited the transgender/feminism debate, this time centering on the "Language Around Trans, How it Works, How it Doesn't...." Little Light said: "Honestly, I don't feel comfortable getting involved in this discussion until the trans people in it actually have…
Read
Random Post

The World Professional Association for Transgender Health (WPATH), the decades-old organization that issues the international standards for medical and psychological care for trans people, responded to the media hype over a "study" that purports to have discovered a new pathology…
Read