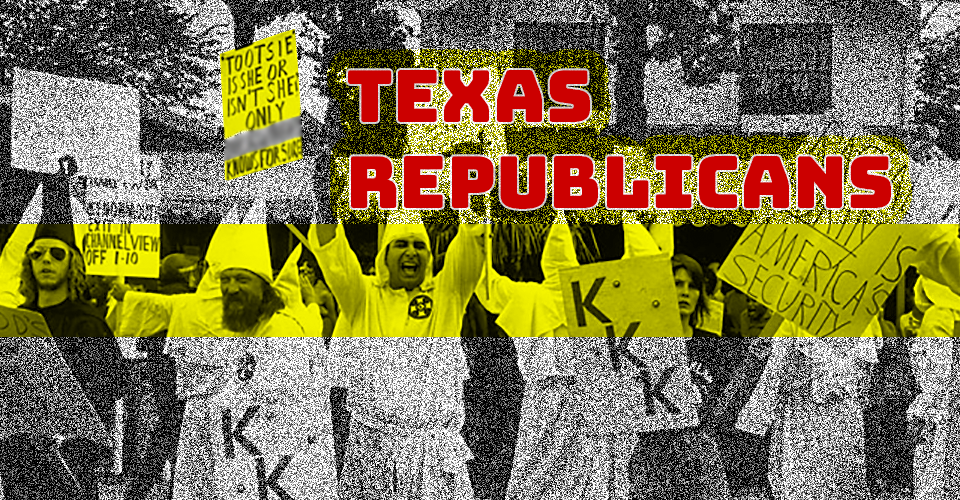 Yesterday I found out that Republicans in Texas want to stop telling kids at school that the KKK is bad. Why? Because it might offend white kids. Causing offense, the political Right says, is why white kids can’t learn about the moment that Black slavery as we came to know it was introduced to our country: 1619. What I, a white Texan hear when the political Right balks at teaching this history is that my grandparents are still viewed as a threat to white evangelicals.

My ancestors were 2 of around 350 on a Portuguese slave ship on its way to the Americas. Almost half of my ancestor’s people died on that voyage. Near the Bay of Campeche, English privateers sailing under a Dutch flag attacked the slave ship and took the slaves to Virginia where they were sold to the public.

My 12th great-grandfather was one of those slaves. He was born in 1616, in Ndongo, Africa. Portuguese slavers captured him as a child, named him John, and a white man named William Evans bought him for the price of some tobacco.

My 12th great-grandmother was likewise one of those 1619 slaves. She was named Margaret and was owned by Lt. Robert Sheppard, a plantation owner and member of the Virginian House of Burges. John and Margaret married but weren’t allowed to live together. My grandparents had a child who was named Mihill, my 11th great-grandfather.

Lt. Sheppard’s neighbor, also a white plantation owner, raped my great-grandmother. The rapist’s name was Robert Sweat. For that crime, my great-grandmother was convicted of being raped on Oct. 17, 1640. She had her top stripped off and was publicly whipped her 35 times. The rapist made an act of contrition to the church (my guess, a financial contribution), and was thus forgiven. But, my great-grandmother lost her son, Mihill who went to live with his father, John.

Mihill’s descendants became lighter-skinned and as time went on, they began to try to pass white people of Portuguese descent. I find it heartbreaking that my grandparents felt they needed to take on the identity of the very people who enslaved them in order to access white privilege.

For me, why they did this matters. I think it should matter to the history of this nation, as well.

Moreover, as a trans woman, I understand that “passing” as a cis person can be an issue of life and death. I have known trans people who were murdered for being trans. My ancestors who were trying to pass as white Portuguese also knew the price for not passing.

I’m a white Texan that grew up a couple of blocks from the KKK headquarters in Pasadena Texas. I grew up at a time when the KKK and evangelical leadership teamed up to fight against queer employment equality. I grew up during a time when the KKK would pass out fliers with caricatures of effeminate gay men warning the public that people like that were vile and dangerous. Texas Republicans want to censor this history even as the Klan in Texas is still doing this type of thing:

Notice that the propaganda the Klan uses comes directly from the white evangelical community:

As a descendant of those 1619 slaves, as someone who grew up seeing the Klan publicly endorse the murder of people like me (screaming, “FRAG A FAG!!!”), as someone whose personal and familial history was defined by the very white evangelicalism at the heart of the KKK, I am physically sickened that Texas Republicans are making it illegal to think and talk about the American history that defined me and my family.

I have lived long enough to witness history repeat itself. As long as Texas forces its children to remain ignorant about its history, I don’t doubt that I will have to see this cycle continue:

Register and vote, no matter what.